What You Should Know. (FAQ)

What is the Graston Technique®?

The Graston Technique is effective in breaking up fascial restrictions, scar tissue adhesions, and detecting areas of chronic inflammation and/or fibrosis. It has been known to help conditions such as a cervical sprain/strain, lumbar sprain/strain, golfer’s elbow and tennis elbow, rotator cuff tendinosis, Achilles tendinosis, and other chronic or acute injuries.

The Graston Technique is an instrument-assisted, soft tissue mobilization therapy. An athlete named David Graston invented this technique, based on the concept of cross-friction massage. Cross-friction, or cross fiber, massage was developed by orthopedic surgeon Dr. James Cyriax in the 1930’s.

Is the Graston Technique® new?

The concept of cross fiber massage is not new. As mentioned, the Graston Technique® is grounded in the works of Dr. James Cyriax, which have been in practice since the 1930’s. The use of Graston Technique® instruments and protocol, however, is relatively new.

Even though it is relatively new, the Graston Technique® has quickly become the standard protocol taught in universities and practiced at hospital-based outpatient facilities and industrial on-site treatment settings. The technique is also commonly used by NBA, NHL, NFL and Major League Baseball trainers.

How effective is the Graston Technique®?

The Graston Technique® has been proven effective in 75–90 percent of all conditions treated.

Several clinical studies have documented that the Graston Technique® generally achieved better outcomes when compared to traditional therapies, and has resolved injuries that have failed to respond to other therapies.

How are the instruments used?

The Graston Technique® instruments give your provider the ability to detect adhesions, scar tissue or restrictions in the affected areas. As your skilled provider combs over the affected area with one of the instruments, it “catches” on fibrotic tissue, stretches it, and breaks it down. This immediately brings an increase of blood flow to the tissue, which initiates the healing process. This increased blood flow not only helps in the healing process, it also shows as dark red blotches on the skin’s surface, pointing out where the most affected areas of restriction are. Once the areas of affected tissue have been identified, the instruments are used to further break up the scar tissue so it can be absorbed by the body.

Why are the instruments better than a clinician’s hands?

Is the treatment painful?

Minor discomfort during the procedure is common. Some bruising afterwards is also a normal response and part of the healing process.

How long does each treatment last?

The part of the treatment when the instruments are used may take anywhere from 3 to 10 minutes. However, the Graston Technique® treatment protocol may also include a brief warm-up exercise, and may be followed by stretching, strengthening and ice.

What is the frequency of the treatments?

Patients usually require two treatments each week for a total of 4-5 weeks. Most patients start to feel positive results by the 3rd or 4th treatment.

Will treatments affect my everyday activities?

Most patients only experience minor, temporary discomfort, which would not interfere with the patient’s ability to perform their regular functions at home or work.

Can anyone obtain the instruments?

Only specific licensed professionals who have successfully completed the Graston Technique® Basic Training course are qualified to use the instruments on patients.

How can I find out more about receiving the Graston Technique® treatment?

Read Our Great Reviews On Yelp

Check out Advanced Chiropractic of Philadelphia on Yelp 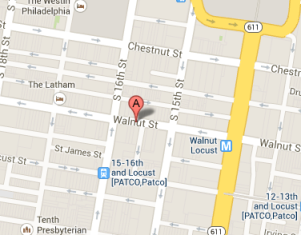